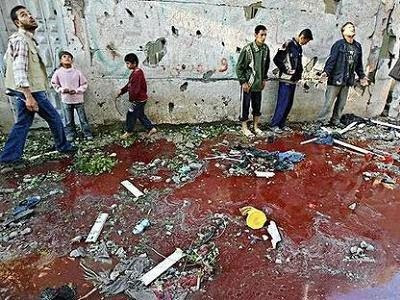 Nick Clegg should use his position in government to push for a lifting of the blockade.

"In December 2009, a year on from Israel's war in Gaza, Nick Clegg, then toiling in opposition, wrote a newspaper column in which he condemned the "humanitarian suffering" inflicted by Israel on the people of Gaza through its near-total blockade of the strip. "The risk of waiting another year is too great," he concluded. "Gordon Brown and the international community must urgently declare that enough is enough. The blockade must end."

So, another year has passed. If Mr Clegg is seeking to bolster his progressive credentials and remind voters of his essential decency, he should use his senior position in government to push for a lifting of the blockade. In this case, he can count on the support of his Conservative colleague and friend David Cameron. "Gaza cannot and must not be allowed to remain a prison camp," said the Prime Minister in July.

“Tough-sounding declarations are issued at regular intervals but little real pressure is applied," wrote Mr Clegg. He now has the power to change that.
Enough is indeed enough."
Posted by Tony at 3:52 AM