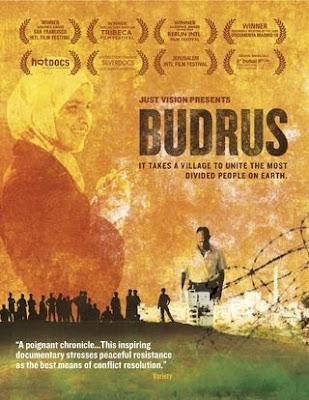 By Donald Macintyre in Tel Aviv
The Independent

"It is not every day that a leading Palestinian activist issues an emphatic statement of support for a Jewish Israeli – "this friend, whose friendship I am proud to share" – facing prison.

But then Jonathan Pollak, who could be jailed for between three and six months when the Tel Aviv Magistrates Court decides on his prosecution for illegal assembly today, is an unusual figure even in the long history of Israeli dissent.

The man praising him, Ayed Morrar, has become internationally known thanks to an award-winning documentary on the victorious unarmed struggle he led to change the route of the Israeli military's separation barrier in the Palestinian village of Budrus. Mr Pollak, 28, is already a veteran of that and many other battles against the barrier and settlements in the West Bank, protesting alongside Palestinian residents and sharing the same physical risks in the clashes between armed security forces – that sometimes use live ammunition – and stone-throwing young villagers that the struggle tends to generate...."
Posted by Tony at 3:34 AM