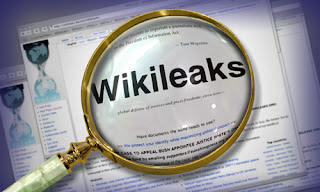 WikiLeaks to Name Names if He Is Assassinated

"In an interview with the Arabic-language version of al-Jazeera, WikiLeaks founder Julian Assange revealed that a large number of the documents that his organization is in possession of prove that top officials across the Arab world have been spying on their own governments on behalf of the CIA.

“These officials are spies for the US in their countries,” reported Assange, adding that there was also information proving allegations that the US regularly sends “suspects” to some nations for torture.
The interviewer, Ahmed Mansour, confirmed during the interview that Assange had personally shown him some of the documents backing up his allegations. Neither, however, provided any specific names (though Assange’s comments implied Egypt was one of the nations involved).
The lack of names was deliberate, according to Assange, who said that his organization is trying to protect itself by trickling out only small portions of its documents, and with names removed. He added that the organization was ready to name names and release documents en masse if he winds up assassinated. A number of top US politicans have openly called for his killing."
Posted by Tony at 8:00 AM