US Declined to Help in Dubai Probe of Mabhouh Assassination: Wikileaks 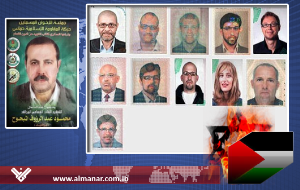 "28/12/2010 A Wikileaks cable shows that the United States has declined a request from the United Arab Emirates to assist an investigation into the assassination of a top Hamas commander.

A cable sent from the embassy in Dubai less than a month after the murder of Mahmoud al-Mabhoh in a Dubai hotel in January 2010 reveals that senior U.A.E. officials asked the American ambassador and U.S. Secretary of State Hillary Clinton to probe urgently "cardholder details and related information for credit cards reportedly issued by a U.S. bank to several suspects" in the murder.
The WikiLeaks cable not only proved that the request was indeed made but that it was recorded in a secret State Department cable. By not accepting the request, the Obama administration harmed the Dubai investigation efforts and assisted Israel instead.

The U.S. last year denied reports that it had received a request for assistance from Dubai, but a recently released WikiLeaks cable proves otherwise....."
Posted by Tony at 3:56 AM