Lebanon is staring into the abyss 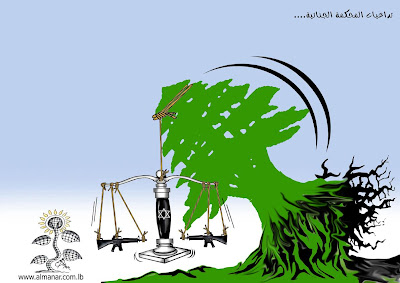 Whatever the tribunal into the death of Rafik Hariri decides, it will pour petrol on Lebanon's raging fire

"Once again, Lebanon is on the brink of major social and political upheaval. Rumours of an impending armed clash between Hezbollah and the pro-western governing coalition have spread like wildfire among the Lebanese people, who are hoarding food and arms in anticipation of the worst....

No matter if Lebanon can weather the gathering storm, this will not be the first crisis, or the last. The country's dilemma is structural; as long as Lebanon's political class substitutes identity-politics for formal institutions, it will continue to be politically unstable. As long as Lebanon's leaders rely on foreign intervention to tip the internal balance of power in their favour, they will remain passive bystanders in determining their country's future."
Posted by Tony at 5:28 AM