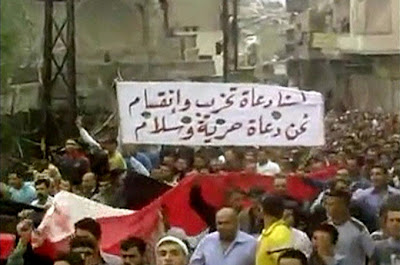 At least three people killed along Lebanese border, as thousands attend funeral of protester shot in Homs a day earlier.

"At least three people have been killed in western Syria, as army troops stormed the town of Talkalakh in the restive Homs province.

Witnesses said the three were attempting to leave Talkalakh on Saturday and enter Lebanon, which borders the town, a day after a mass demonstration there against the rule of Syrian president Bashar al-Assad.

"The security forces, who had been encircling Talkalakh since the morning, fired machine guns. At least three people were killed and several were wounded," a witness told the AFP news agency.

Another eyewitness on the border told Al Jazeera that at least 19 people were wounded as the military swooped into the town.

The violence came after more than 8,000 people attended a funeral in the provincial capital of Homs for one of three protesters killed on Friday by Syrian security forces.

Mourners for Fouad al-Rajoub gathered near Bab al-Dreib and began making their way through the city, chanting for an end to the siege on Homs, Baniyas and Deraa, the major flashpoints in the country's uprising.

An eyewitness in the city said that, due to the size of the procession, the military had removed and relocated some of the checkpoints it had established throughout the city since mass anti-regime protests erupted there last month....." 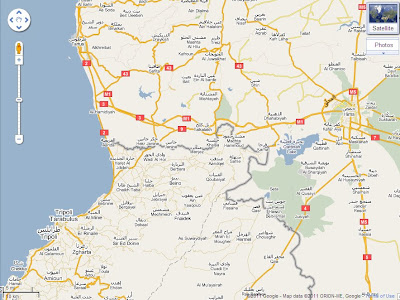