'In Syria we have been scared all our lives. Now at least we have hope, too' 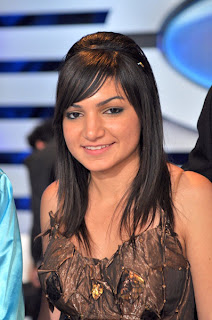 Syria is cracking down on activists such as Lina Mansour, but they will not be deterred from pursuing a better future

Dwight Holly
(Dwight Holly is a pen name for a journalist living in Damascus)
guardian.co.uk, Thursday 12 May 2011

"....Lina Mansour is a young lawyer in her 20s. She works for a human rights organisation and, like many doing this job in Syria, she is using another identity to talk to the media. Since last week, Syrian authorities have stepped up their campaign of arrests, trying to crack down on activists that are communicating with the world outside and those who are joining the protests inside the country.

Many, like the 28-year-old cyber activist Rami Nakhle, have already left and are working from neighbouring Lebanon. Others – among them human rights lawyer Razan Zaytoun and dissident Haitham al Maleh – are still active inside the country, often spending no more than two or three nights in one flat before moving to the next.

Lina has experienced this a couple of times, while her father, an old and well-known activist, has been regularly spending nights out of his house. But if you ask her if she is scared, she smiles and says: "We have been scared all our lives. Now at least we have hope, too." Hope that the regime will change, even if "it might take years".

She looks very confident despite the gloomy updates she is getting from all over Syria from people who continuously ring her second phone, which is registered under a fake ID.

Lina has just been meeting a friend who managed to return from Deraa, the city that has been occupied by the Syrian army for more than 10 days in order to "find and punish terrorist groups", as the official media describe the military operation.

She conveys pictures of a human tragedy taking shape: people being randomly killed, others being arrested and threatened to be shot in the head by snipers if they demonstrate. She describes a mass graveyard, corpses being thrown there without names and identity. A city with no food, no medicines, no connections with the outside world....."
Posted by Tony at 1:34 PM