More Arms For The Pinochet Coup 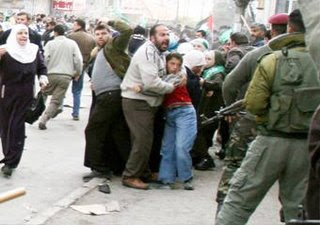 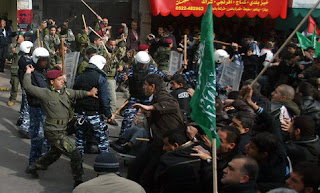 "Palestinian Authority Chairman Mahmoud Abbas's security advisers have been amassing weapons in the Gaza Strip and the West Bank to build up a wider range of forces than just the presidential guard, Palestinian security sources said.

The sources said several thousand assault rifles and other weapons have been set aside in storehouses for members of Preventive Security and other services that are dominated by Abbas's Fatah faction and are locked in an increasingly violent power struggle with the ruling Hamas movement.

Previous arms shipments were earmarked solely for Abbas's presidential guard with U.S. and Israeli backing. Up to $170 million, including U.S. funds and Palestinian tax revenues released by Israel, will provide training, equipment and other support to the guard, according to U.S. and Israeli officials.

Palestinian sources did not disclose the source of the weapons or when they arrived in the Palestinian territories.

The Palestinian security sources, who spoke on condition of anonymity, said Abbas has yet to authorize distribution of the assault rifles in storage to the other security forces.

But Hamas officials say forces loyal to Abbas appeared to be better equipped during clashes over the weekend across the Gaza Strip, which killed at least 24 people. In most previous flare-ups, Fatah suffered heavier losses than Hamas......

The senior Palestinian security sources said between 3,900 and 4,900 Kalashnikovs and M-16 rifles and other weapons were being stored in the West Bank city of Jericho and in Gaza for Preventive Security as well as Abbas's National Security and General Intelligence services.

Several previous shipments of guns, ammunition and other lethal equipment were delivered to Abbas's presidential guard from U.S. allies Egypt and Jordan with Israeli permission.

A senior Israeli official said Israel was unaware of any weapons going to forces beyond the presidential guard.

Of the $100 million in Palestinian tax revenues that Israel transferred to Abbas's office earlier this month, $85 million will go towards a U.S.-led program to bolster the guard, said Miri Eisin, spokeswoman for Prime Minister Ehud Olmert.

Washington plans to use $86 million of its own money in coming months to provide the presidential guard with training and non-lethal equipment, officials said......

With U.S. support in the coming months, Abbas's presidential guard is expected to expand from 4,000 to 4,700 men. Palestinian officials say the force could eventually grow to 10,000 members.

Preventive Security and Abbas's General Intelligence service have about 6,000 members each. The National Security forces have up to 40,000 members in total.

The United States and Israel have also backed a proposal by Abbas to let about 1,000 members of the so-called Badr Brigade, a Fatah-dominated force based in Jordan, into the Palestinian territories, though no date has been set."
Posted by Tony at 12:09 PM