Who Can Stop the War? 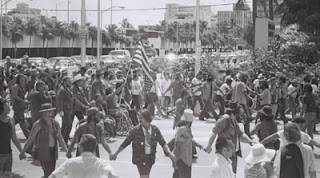 Congress Has the Power, Do They Have the Will?

"Aside from winning, there aren't that many ways of ending wars. Governments pay attention when the troops mutiny, when there are riots outside recruiting offices, when there's revolution on the home front, when the money runs out.

In Vietnam the troops mutinied. Units shot their officers in the back or threw grenades into their tents. Navy ratings pushed aircraft off the side of aircraft carriers. In 1971 the Pentagon counted 503,926 "incidents of desertion" over the previous five years and reckoned that more than half of US ground forces openly opposed the war. At Christmastime in 1971 Vietnam Vets Against the War seized the Statue of Liberty, draping it with a banner demanding Bring our Brothers Home. 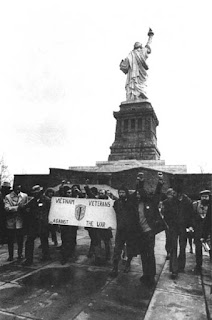 On the home front people fought the draft or simply fled it. In 1967 Maj. Gen. William Yarborough, assistant chief of staff for Army intelligence, observed the great antiwar march from the roof of the Pentagon and concluded "the empire is coming apart at the seams." He reckoned there were too few reliable troops to fight the war in Vietnam and hold the line at home.

The elites, always prone to panic in such matters, thought revolution was around the corner. The left, in those days prone to optimism, thought the same thing. In the end, Congress cut off the money. Between 1970 and 1973, Congress enacted five restrictions on funding of U.S. military operations in Indochina......

So here we are, coming up on four years of war in Iraq. There's not going to be any significant mutiny among the troops. They are volunteers, furious though they may be at their extended tours of duty. There has been some good work against Army recruitment, but not at a level to panic anyone. The campuses are quiet. The churches? They might be protesting torture, but the vocations are dying. We need more nuns!

The respectable old antiwar "movement"-as opposed to real rabblerousers like Cindy Sheehan, Medea Benjamin and Kathy Kelly-stirs into action once in a while for pleasant outings like last Saturday's in Washington, DC. For sure there was no chieftain in Army intelligence standing on the roof looking at the those marchers and thinking the Empire was on the verge of collapse.

The people don't like the war but this doesn't mean it won't go on so long as there's money to fund it. This brings us to Congress......

It's easy for Bush to veto a one-page bill decreeing no money for any troops above, say, 140,000. On February 5, Congress also begins to consider the half-trillion-dollar FY 2008 Defense Appropriations bill. If Congress installs curbs on the war in Iraq there, Bush can only veto the entire bill.

So Congress can deny Bush the money he wants to escalate the war or even continue it, through either of the two legislative routes described above. I doubt the resistance in Iraq is counting on it. They no doubt think it's up to them to get the troops out, and that's probably a realistic assessment."
Posted by Tony at 1:56 PM