Slouching toward a Palestinian Holocaust 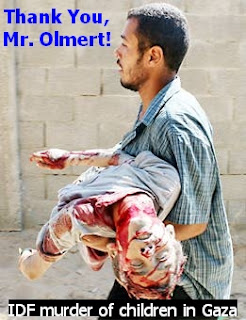 "......Against this background, it is especially painful for me, as an American Jew, to feel compelled to portray the ongoing and intensifying abuse of the Palestinian people by Israel through a reliance on such an inflammatory metaphor as 'holocaust.'.....

Is it an irresponsible overstatement to associate the treatment of Palestinians with this criminalized Nazi record of collective atrocity? I think not. The recent developments in Gaza are especially disturbing because they express so vividly a deliberate intention on the part of Israel and its allies to subject an entire human community to life-endangering conditions of utmost cruelty. The suggestion that this pattern of conduct is a holocaust-in-the-making represents a rather desperate appeal to the governments of the world and to international public opinion to act urgently to prevent these current genocidal tendencies from culminating in a collective tragedy. If ever the ethos of 'a responsibility to protect,' recently adopted by the UN Security Council as the basis of 'humanitarian intervention' is applicable, it would be to act now to start protecting the people of Gaza from further pain and suffering. But it would be unrealistic to expect the UN to do anything in the face of this crisis, given the pattern of US support for Israel and taking into account the extent to which European governments have lent their weight to recent illicit efforts to crush Hamas as a Palestinian political force......."
Posted by Tony at 7:47 AM