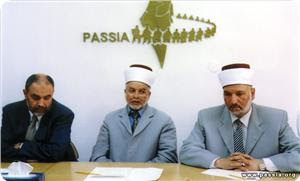 "This week, the Wakf (Islamic endowment) Minister of the American-backed Palestinian Authority government in Ramallah issued a plethora of decrees banning all Zakat (alms) committees in the West Bank. The minister claimed that the closure was aimed at reforming the committees and preventing the occurrence of abuse and corruption.

However, it is widely believed that the real goal behind the sweeping measures is to eradicate Hamas’s influence in these committees and make the impoverished layers of the Palestinian society constantly at the mercy of the corrupt-ridden Fatah-dominated government and institutions.......

Needless to say, the way the Wakf minister has been behaving seriously undermines our people’s steadfastness and resilience.