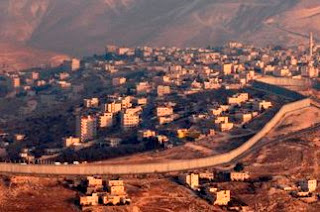 "Israeli restrictions have caused a humanitarian crisis in Gaza and the West Bank that is growing worse, leaving hospitals unable to treat the sick and keeping farmers off their land, the International Committee of the Red Cross said.

In a statement issued on Thursday, the humanitarian agency called on Israel to "lift the retaliatory measures which are paralyzing life in Gaza".....

"The measures imposed by Israel come at an enormous humanitarian cost, leaving the people living under occupation with just enough to survive, but not enough to live a normal and dignified life," said Beatrice Megevand Roggo, the ICRC's head of operations for the Middle East and North Africa.

The Palestinian population has "effectively become a hostage to the conflict," she said......

"The Palestinian Territories face a deep human crisis, where millions of people are denied their human dignity. Not once in a while, but every day," the Geneva-based agency said......

Some 823 sick people - nearly one-quarter of the 3,568 requiring medical care outside Gaza - were prevented from leaving the territory for treatment over the last six months, spokesman Florian Westphal said.

Administrative and security clearance delays "have resulted in the deaths of three patients in favor of whom the ICRC had intervened," he said, noting restrictions had also caused a shortage of drugs for cancer patients and a lack of spare parts for emergency wards and operating theaters in Gaza's hospitals....."
Posted by Tony at 7:44 AM