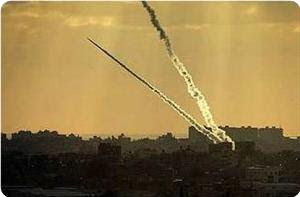 Following heavy rocket barrage on his town Wednesday, Eli Moyal declares he can no longer bear responsibility for safety of Sderot residents. 'Maybe this will persuade the government to do something,' he says

"Sderot Mayor Eli Moyal submitted his resignation to the interior minister Wednesday, citing the ongoing security crisis in town as the main motive for the move.

"This was a necessary move, and perhaps the only thing that could persuade the government to do something," Moyal told Ynet. "I have been mulling this decision since the morning, while Qassam rockets kept falling on the town."....."
Posted by Tony at 5:05 AM