Cairo is the wrong choice for Obama 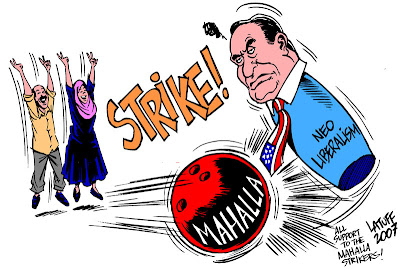 By choosing the corrupt Egyptian regime as his Middle Eastern host, Obama risks undermining his message of change

"......This will prompt fears of Washington opting for pragmatism over principle. At his inauguration, Obama told "those who cling to power through corruption and deceit and the silencing of dissent" that "we will extend a hand if you are willing to unclench your fist". Yet Mubarak has done no such unclenching. No positive reforms have been made and Egypt remains authoritarian. Even in the short time that Obama has been in office hundreds of people have been held without trial following the Gaza war protests......."
Posted by Tony at 3:59 AM