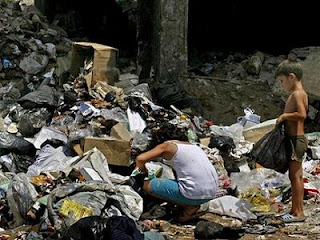 "......Watching from the Sidelines

As the Lebanese get ready to vote, more than 10% of its population, three generations of whom were born in Lebanon, wait, watch and listen.

Still possessing almost no civil rights including voting, home ownership, employment, secondary state education, health care, identification documents, marriage registration, places to bury their deceased loved ones or equal protection of Lebanese laws, Lebanon’s Palestinian refugees nonetheless have a huge stake in next month’s election results. The 420,000 UNRWA registered Palestinians, more than half living in squalor and jammed packed into 12 camps and half a dozen ‘Gatherings’ barely subsist, the wretched refuge of Zionist ethnic cleansings in 1947-48, and 1967. They are the survivors of various illegal population transfers as well as massacres at Sabra-Shatila (1982), Qana I (1996), Qana II ( 2006), Hula (Burg Shemali Camp 1982) Tel al-Zaayter Camp (1975) to mention a few.......

Hezbollah’s political stance towards Palestine is well known and its support among Lebanon’s Palestinians is strong within all 9 PLO factions still existing here. Even though they cannot offer any votes in the June election, secular Palestinians want the Party of God to do much more it for them if forms the next government.

Hezbollah intends to liberate Palestine and escort Lebanon’s Palestinians home. That’s the only reason it’s still on the US political terrorism list. If it abandons the Palestinian cause it immediately comes off the list according to increasingly numbers of western diplomats seeking dialog with the Party of God.

Hezbollah’s Party platform focuses on improving and developing Social Services for Lebanese citizens and Palestinian Refugees......."
Posted by Tony at 3:57 AM