The Pope is welcomed, but…. 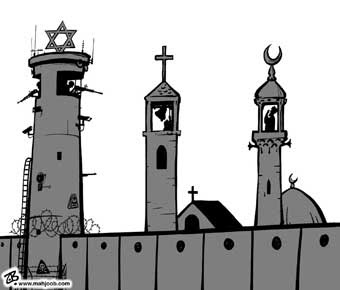 "As hospitality is a key Arab-Muslim character, the Pope of the Vatican, Benedict XVI, should be accorded all the respect he deserves as the religious leader of hundreds of millions of Roman Catholics, many of them stand alongside Muslims in rejecting the criminal policies and practices of the Israeli state.

The recent genocidal blitz against the effectively imprisoned and thoroughly starved people of Gaza is only one example of Israeli criminality, a criminality that can be compared with the evil deeds of the worst offenders in history.

I understand that the Vatican often refrains from calling the spade a spade for a variety of reasons. We are talking after all about a unique religious-political entity that is expected to satisfy and please a whole spectrum of people with different, even discordant, political orientations.

However, it is only fair and just to expect the Pope to denounce, politely but strongly, acts and behaviors that Jesus Christ would have denounced. And, undoubtedly, Palestine is, as always, the ultimate test for the moral consistency of states and entities, including the Vatican......."
Posted by Tony at 6:41 AM