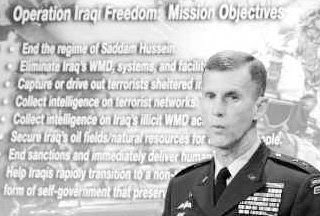 "Seymour Hersh says that Dick Cheney headed a secret assassination wing and the head of the wing has just been named as the new commander in Afghanistan.

In an interview with GulfNews [Posted Here] on May 12, 2009 Pulitzer prize-winning American investigative journalist, Seymour Hersh, said that there is a special unit called the Joint Special Operations Command (JSOC) that does high-value targeting of men that are known to be involved in anti-American activities, or are believed to be planning such activities.

According to Hersh, the Joint Special Operations Command (JSOC) was headed by former US vice president Dick Cheney and the former head of JSOC, Lieutenant General Stanley McChrystal who has just been named the new commander in charge of the war in Afghanistan......"
Posted by Tony at 4:23 AM