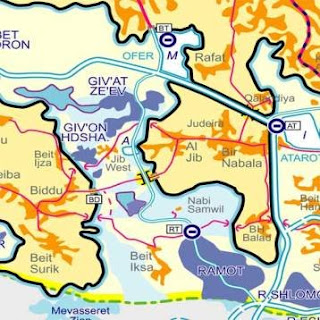 "The Israeli Authorities annexed the Palestinian village of Beit Iksa by placing it on the map west of the Annexation Wall, and considered it part of Jerusalem. The decision means that the village would be isolated from the West Bank.

The decision comes in contradiction with a decision issued by the Israeli government in 2006 in which it decided not to annex the village.

Implementing the decision means that some 3000 Palestinians would be allowed to enter Israel without any permits, but would also be isolated from the West Bank......."
Posted by Tony at 6:51 AM