This is how the PA treats Palestinian journalists 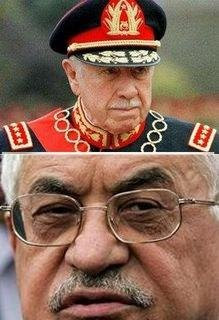 By Khalid Amayreh in Bethlehem

"The Palestinian Authority (PA) doesn’t stop surprising us with its boundless stupidity and foolish behaviors.

On 4 August, I, like many other journalists, decided to travel to Bethlehem to cover Fatah’s much-heralded and long-awaited Sixth conference. Security was tight and thousands of policemen had been deployed all over the traditional birthplace of Jesus. This generated a lot of consternation among the locals who had to walk long distances to reach their homes and businesses......

This episode on the part of PA security apparatus is not an expression of malicious ill will on the part of security officials. It is rather an expression of ignorance and stupidity. But ignorance is no excuse as Palestinian national interests won’t be served by ignorant security officials who erroneously think that persecuting and humiliating journalists enhance security and makes “the state!!” more feared and respected. In fact, a state that is feared is usually not respected. Respect is often the anti-thesis of fear.

Of course, I am not going to be intimidated by this childish conduct on the part of the PA security apparatus. Our mission as journalists is more paramount than wasting time and energy dealing with stupid distractions......."
Posted by Tony at 6:22 AM