UK Calls for a “New Beginning” with Syria 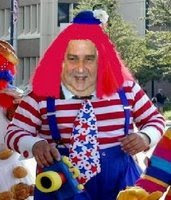 "05/08/2009 A junior minister with the British foreign office urged Syria on Tuesday to use its influence with Hamas and Hezbollah to stop what he called “violence” against the Zionist entity and help create the climate for a two-state solution to the Palestinian-Israeli conflict.

Ivan Lewis, the deputy British Foreign Office minister, called for a "new beginning" with Syria and said Damascus should be encouraged to change policies, despite its alliance with Iran and support for the Palestinian Hamas and Lebanese Hezbollah resistance groups.

Lewis spoke in Damascus after talks with Syrian Foreign Minister Walid al-Moallem. He is on a three-day visit to Syria and is scheduled to travel to Lebanon next......"
Posted by Tony at 3:24 AM