“Israel Wages War of Nerves against Iran and Hezbollah” 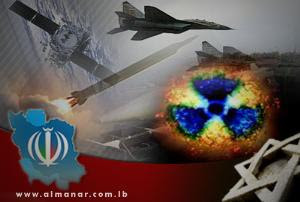 "06/08/2009 “This week's reports by The Times of London give the impression that Israel is raising the bar in the war of nerves against Iran and Hezbollah,” Israeli newspaper Haaretz said in a report published on Thursday.

On Monday Times reported that Iran had completed its nuclear research program, and that its progress toward building a nuclear bomb depends only on the decision of Supreme Leader Ayatollah Sayyed Ali Khamenei. The following day, it warned of the danger of escalation between Israel and Hezbollah on the border with occupied Plaestine.

Both articles were written by the paper's foreign news editor, Richard Beeston, who was in Israel last week.

The report on Iran's nuclear program is based on anonymous "Western" intelligence sources. But at a Knesset Foreign Affairs and Defense Committee briefing on Tuesday, the head of the Military Intelligence research brigade, Brig. Gen. Yossi Baidatz, used almost identical terms to those of The Times, Haaretz said.......

According to Haaretz, the possibility of a confrontation with Hezbollah as a direct result of an Israeli strike appears in every Western assessment of potential developments in the region. But The Times also reported on another, aspect of the conflict, one which had already been hinted at in an Israeli newspaper......."
Posted by Tony at 4:43 AM