Little has changed since the secretive days of the Suez crisis 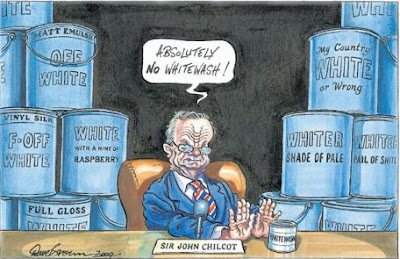 It seems we really are going to have an Iraq inquiry. But I’m not holding my breath

"......For his recent paper is a time capsule of the High Tory need to avoid – ever – a public inquiry into the Suez scandal. Yes, the predecessors of Mr Cameron's very own party were doing everything they could to prevent the shameful story of Britain's collusion with France and Israel to invade Egypt. No 10, it turns out, was busy destroying the secret documents of the agreement at Sèvres where the three powers concocted their outrageous act of aggression. Thanks only to the Israelis, we still have the Sèvres papers, the British copies of which Prime Minister Anthony Eden may well have personally burned.

Of course, it was Labour that was then demanding a public inquiry, not the Tories, although the parallels with the whimsical inquiry with which Sir John Chilcot threatens us – including the public appearance of Lord Blair of Kut al-Amara himself – are so ironic and fatuous that they will need no reference from me. Read Suez. Think Iraq........

The French didn't care much about their own Suez secrets – they had just suffered defeat in the Algerian war – but the British fear of Middle East inquiries never seemed to fade. "This is not the time for such (inquiry) decisions," Blair said of Iraq in 2006, while Lord Malloch-Brown (Foreign Office minister of state) came out with the old canard about the need for distance and perspective.

Well, it seems we really are going to have an inquiry this time round. But I'm not holding my breath for any revelations from the safe pairs of hands whom Gordon Brown has manoeuvred into position for Sir John Chilcot. Crossman on Suez is the best cure for optimism. "It means keeping out of the Middle East," he wrote, "and treating Arabs like adult Latin Americans, who don't want to be improved or democratised and who must be allowed to have what regimes they like."