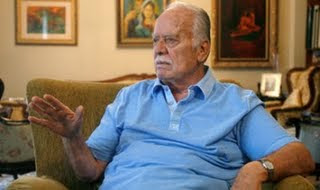 Al-Hut has always been critical of "the excesses" of PLO organizations in Lebanon and was never a fan of Arafat. He resigned from the Executive Committee of the PLO as soon as Oslo was reached, and unlike Mahmud Darwish, he took a consistently categorical stand against Oslo.....

....This Palestinian had more impact on Lebanon than most Lebanese. For me, he was both Lebanon (or the best about Lebanon) and Palestine. Oh, he has a website. "
Posted by Tony at 9:14 AM