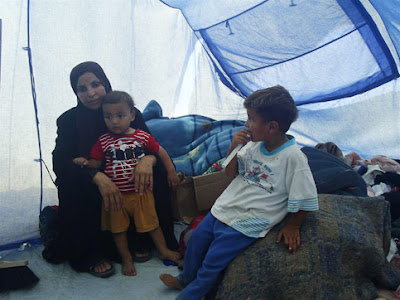 Several crisis counselling teams run by international organisations and NGOs have been carrying out intervention programmes aimed at helping Gaza's most vulnerable put the pieces of their lives back together.

But these groups warn that while there has been some improvement in the collective psyche of Gaza's children, the long-term effects of war are now beginning to show, and unless the rights of Gazans are respected, the next generation's future will be hard to predict......"
Posted by Tony at 6:06 AM