Jordan Backs Effort for Arab Concessions. Treason Runs Deep in the Hashemite Blood; it is in Their DNA. 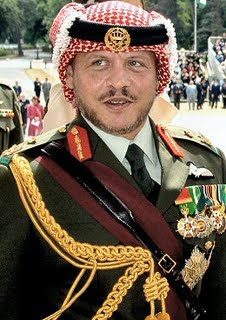 "05/08/2009 Jordan's foreign minister strongly backed the Obama administration's efforts to garner confidence-building measures toward the Zionist entity from Arab states Tuesday, bolstering the US approach in the face of public opposition from other Arab leaders.

Foreign Minister Nasser Judeh stressed that Jordan is "committed to creating the right atmosphere" and supporting the "vision" of the US, which wants to see conditions for Israeli-Palestinian negotiations toward a two-state solution set by gestures from Arab states and the Zionist entity.

In a meeting with reporters, Judeh said reports of remarks he made Monday appearing to criticize such steps had been inaccurate......"
Posted by Tony at 3:31 AM