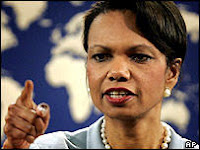 ".....Opposition comes, ironically, from within Fatah, including, apparently, Marwan Barghouti, whose absence from any announcement denouncing Hamas despite the entreaties of Abbas' representatives is noteworthy.

According to the current plan, Abbas will continue to refuse to negotiate with Hamas or to reach a compromise with the movement's leadership. This weekend he turned down a request to meet with Khaled Meshal. The emergency cabinet of Salam Fayad is sure to obtain broad Arab and international support. Since it contains no Hamas members, the boycott against the PA will be lifted and it will receive financial and diplomatic support from the whole world. This weekend, representatives of Abbas asked a number of non-partisan Gazan figures to join the new cabinet but so far none has agreed.

The blockade of the Gaza Strip will continue, under the plan framed by Abbas. Israel and Egypt will provide a small amount of humanitarian aid to Gaza residents, but the government of Ismail Haniyeh - dissolved by Abbas - will continue to be viewed as illegitimate in the eyes of the international community. Gaza's borders will be nearly hermetically sealed, with only limited emergency supplies and intermittent water and electricity provided by Israel. The intention is to maintain the siege on Gaza for a few weeks - not to defeat Hams or to reoccupy the strip, but to pressure Hamas into agreeing to a compromise according to terms dictated by Abbas.

Abbas sought and received Egypt's blessing for this plan, in contrast to Cairo's firm and public opposition to Abbas' Plan B, which called for introducing an Arab or international force into Gaza. The Egyptians explained that such a move would provoke resistance from Hamas and would turn Gaza into Baghdad.

Associates of Abbas supporting his plan include Fatah old-timers Nabil Amar, Ahmed Abd Al-Rahman and Tayeb Abd Al-Rahim, as well as several Gazans who fled to Ramallah: Mohammed Dahlan, Rashid Abu Shabak and Samir Mashharawi. Members of the Fatah young guard, led by Barghouti, have reservations about the plan, but more important is the opposition to it by Ahmed Hilas, a Fatah leader in Gaza and rival to Dahlan who remained in the Gaza Strip together with a few other prominent Fatah members and has been holding talks with the Hamas leadership......."
Posted by Tony at 8:39 PM

I together with my pals came taking note of the good things from the website [url=http://www.fakeok.com]fake oakleys wholesale[/url] then before long I had a horrible suspicion I never

thanked the web blog owner for those secrets. Most of the young men were definitely

so glad to learn

them and have actually been

these things.[url=http://www.fakeok.com]fake oakleys for sale[/url] fake oakley sunglasses ,Thank you for getting very

considerate and also for deciding on variety of

fake oakleys for sale information millions of individuals are really needing to be informed on. Our own

sincere regret for not expressing appreciation to you sooner.