The threat to al-Jazeera 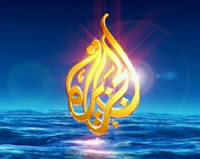 "Since its launch just over a decade ago, the al-Jazeera satellite TV station has transformed the politics of the Middle East. For the first time, people in the region had access to a genuinely free and independent source of news and comment that was neither under the control of dictatorial regimes nor western states or corporations. Under its slogan of "The opinion ... and the other opinion", al-Jazeera gave an Arab world hungry for information and debate the means to talk to itself and shape its future. It spawned imitators across the region and has launched an English language station that is beginning to challenge the western monopoly of international news as a "voice of the global south".....

But now that achievement is being put at risk. The evidence is clear that the US government is using its influence in Qatar to try to neuter the station's independence, bring it to heel and shift its coverage in a pro-western direction. If it succeeds, it would be a disaster for the Arab world and its chance to shape an independent and democratic future.....

Now the US, which maintains a large military base in Qatar, has adopted a more subtle approach to breaking the Arabs' voice of independence and diversity. And the signs are that some elements in the Qatari government have yielded to the relentless US pressure. As one source close to al-Jazeera has put it: "You don't need to bomb a TV station to change its direction." A recent reshuffle has brought outspokenly pro-US directors on to the board, including a former Qatari ambassador to Washington. Another has boasted publicly that the tone and content of al-Jazeera's coverage is going to be changed. But these moves have already backfired and caused huge controversy not only in Qatar but throughout the Middle East, and there is every chance that what is in effect an attempted coup at the station will be reversed. It would be a huge loss for independence and freedom in the Arab world if it succeeded."
Posted by Tony at 5:28 AM