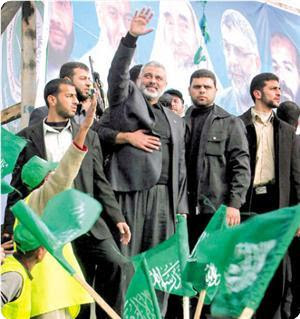 "GAZA, (PIC)-- Elements of the mutiny trend within Fatah faction, which is widely believed to be led and directed by Fatah MP Mohammed Dahalan, have fired an RPG projectile at home of PA premier Ismail Haneyya Tuesday in a clear attempt to kill him.

Haneyya and his family members survived the assassination attempt, close aides of the premier affirmed.

Local sources affirmed that elements of the PA presidential guards believed to be associated with the mutiny trend unleashed an RPG at the premier’s home, inflicting big damage on the place; but no casualties were reported. 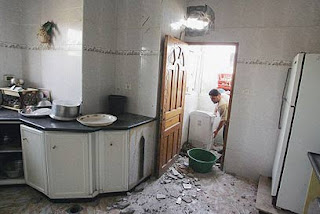 PA PG is part of the PA security apparatuses under the direct command of PA chief Mahmoud Abbas.

The attempt on Haneyya’s life Tuesday came one day after that vandal group assaulted and peppered office of PA youth and sports minister Dr. Basim Na’im on Monday in a bid to kill him. The assassination bid failed.

Hours earlier, the mutineers spoiled the weekly session of the PA council of ministers after they intensively fired at the council’s headquarters, prompting Haneyya to adjourn the meeting......"
Posted by Tony at 7:47 AM