An Interview with Hedy Epstein 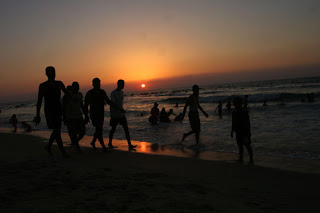 "I Was Not Prepared for the Horrors I Saw"

"Hedy Epstein, 82, was born in Germany in 1924(1). She was the only child of parents who died in the Nazi extermination camps. She is a tireless worker for human rights and for the dignity of all people.

Hedy decided to visit Palestine in 2003. She returned terribly shocked with what she had seen there, women and children defenceless, Palestinians locked up into ghettos, an entire people brutalized.

She had learned to love the people that she met, and was determined to tell the world of the injustices she had seen. Palestinians were being dispossessed of their land, removed from the homes that they had lived in for centuries. Nothing that anyone has done, no protests that have been made, has made Israel stop its treatment of the Palestinians. In fact, it has become worse every time Hedy has returned.

So,she is joining other human rights advocates who are sailing to Gaza on the boat, FREE GAZA(2) to demand justice for the Palestinians, and a correction of 60 years of oppression by the Israelis.

Silvia Cattori: Your entire life has been devoted to justice. But, since 2003, you have increased that commitment by advocating for justice for the Palestinians. I understand you are going to take some risks to make the world aware of the crimes perpetrated against them!?