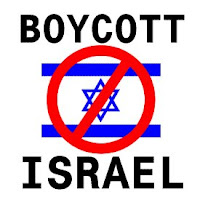 "Many of the key players in the escalating British campaign to boycott Israel are Jewish or Israeli, the Jewish Chronicle revealed in an investigation published Thursday.

According to the investigation, the Jewish academics justify their stance as part of the struggle for Palestinian rights and ending Israel’s occupation of Palestinian territories.

The report stated that a high proportion of the academics were deeply involved in UCU, the University and College Union, which last month sparked an international outcry by voting to facilitate a boycott of Israeli academic institutions.

Anti-boycott figures suggest that the campaign has been fuelled by a well-organized mix of far-left activists and Islamic organizations, the JC reported. In reality, the main proponents are a loosely knit collection of academics and trade unionists linked to groups such as the Palestine Solidarity Campaign, Jews for the Boycotting of Israeli Goods, and Bricup, the British Committee for Universities of Palestine....."
Posted by Tony at 2:13 PM