The Anniversary of the Sinai Liberation 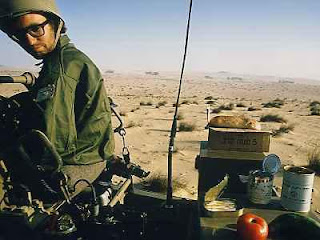 "......Even when Sadat had created an obvious split in the Arab ranks and his press was mocking and insulting his Arab and Palestinian critics, he claimed he was fighting for the Palestinian cause. In his March of 1975 speech to the United Nations General Assembly, Sadat stated that “Jerusalem, Nablus, and Gaza [Palestinian cities] are no less dear to [him] than Egypt and Kantara”. Sadat’s go-it-alone diplomacy was successful in achieving the goals of recovering Sinai and securing generous US economic aid but he made it harder for the Palestinians and the Syrians to recover their territories. The Egyptian-Israeli peace treaty freed the Israeli government to consolidate its hold on the remaining occupied land. Samuel Lewis, who is familiar with Israeli politics, wrote that the treaty even weakened the position of the Israeli peace advocates who had argued that significant territorial concessions to the Palestinians were necessary to obtain peace with the Arabs.

The Palestinian leadership could have emulated Sadat success and recovered the West Bank, Jerusalem and Gaza after the first Intifada when they had the sympathy of the whole world. The first Intifada of 1987 against the Israeli occupation was largely unarmed despite the harsh reaction by the Israelis. The Palestinians did not resort to acts of violence inside Israel proper or used firearms in the uprising, thus winning the sympathy of World public opinion. The Israelis, on the other hand, failed to justify killing and injuring unarmed civilians, mostly children throwing stones, protesting occupation. The first Intifada success in the World public opinion was a triumph by the Palestinians and a defeat of the Israelis. Sadat negotiated with the Israelis as a victor after the 1973 war. He insisted that every inch of Sinai must be returned to Egypt sovereignty, but the PLO leaders negotiated as a defeated party surrendering the land and the sovereignty when they signed the Oslo agreement on behalf of the Palestinians......"
Posted by Tony at 5:05 AM