From the New FOX News, Formerly Known as Al-Jazeera: Iraq hospital 'damaged by US raid' 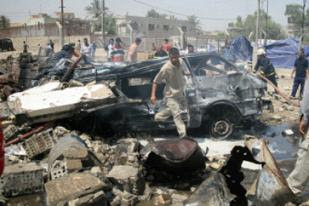 "At least 28 people have been wounded after a hospital in Baghdad's Sadr City district, a stronghold of Shia leader Muqtada al-Sadr, was damaged in what witnesses described as a US air strike.

A medic at the al-Sadr hospital said women and children were among the wounded in the raid, which an Iraqi security official said took place at around 10am local time (0700 GMT) on Saturday.
The US military confirmed the attack but said it targeted "known criminal elements" [Notice that the New FOX does not call it US occupation any longer. Also, in the spirit of being "fair and balanced," FOX gives equal weight to the US military, rather than investigate the story and report the facts]. 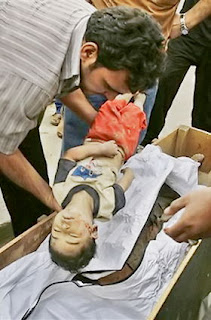 "I can confirm that we conducted a strike in Sadr City this morning. The targets were known criminal elements. Battle damage assessment is currently ongoing," a US military spokesman said........"
Posted by Tony at 6:22 AM