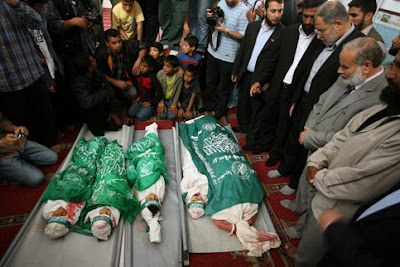 "In their simple house made of metal sheets, Myassar Abu Me'teq was sitting next to three of her children having breakfast and holding her one-year-old baby in her arms. She listened to their daily complaints and loving quarrels, trying to comfort them and keep them away from the sound of the Israeli shelling close to their home in Beit Hanoun in the northern Gaza Strip.