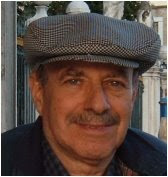 "......Out of the debris of failed empires two possible outcomes could emerge. A new rabidly nationalist authoritarian regime or the re-birth of a republic based on the reconstruction of a productive economy centered on the domestic market and social priorities, free from foreign entanglements and power configurations whose only purpose is to subordinate the republic to overseas colonial ambitions.

The dismantling of the military driven empire will not occur ‘by choice’ but by imposed circumstances, including the incapacity of domestic institutions to continue to finance it. The demise of the militarist governing class will follow the collapse of their domestic economic foundations. The result could be a withered empire, or a democratic republic. When and how a new political leadership will emerge will depend on the nature of the social configurations, which undertake the reconstruction of US society."
Posted by Tony at 6:59 PM