Top Syrian emissary: We won't sever ties with Iran for peace with Israel 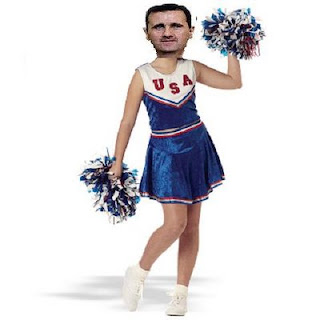 "Syria will not sever ties with Iran and Hezbollah even as part of a possible peace agreement with Israel, a senior Syrian analyst who is handling the government's contacts as it relates to the peace process said on Tuesday.

"It would be naive to think Syria will neglect or abandon its strategic alliances that do not stem from the Arab-Israeli conflict," the analyst, Dr. Samir Taqi, said in an interview with Al-Manar television.

When asked why Syria elected to trumpet messages from Israel and relayed by Turkey of Jerusalem's willingness to cede the Golan Heights in exchange for peace, Taqi replied that the intent behind the media campaign was "to solidify the right" of Syria to the strategic plateau it lost as a result of the Six-Day War.

As such, Taqi sought to emphasize that he is personally not involved in the recent developments, but is rather providing commentary on the matter.

Israeli officials told Haaretz Taqi was very close to decision-makers in Damascus and enjoyed the confidence of the Turkish government. People who know Taqi personally said yesterday they believed he was very well-connected to the Syrian intelligence services.

Taqi served for years as an adviser to the previous Syrian president, Hafez Assad. In recent years he received the official title of adviser to the prime minister, and heads the Center of Oriental Studies, a political think tank........"
Posted by Tony at 5:14 AM