Sixty years ago in Battir 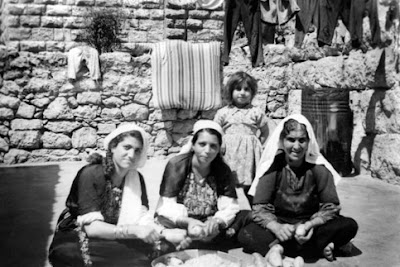 "Sixty years ago in Battir, my small hillside village near Jerusalem, I witnessed the chaotic collapse of the British Mandate administration in Palestine and the beginning of the Nakba.

The previous months had been decisive ones for the fate of Palestine, although we did not yet know it. The Jews, fed up with British procrastination in fulfilling Balfour's promise of letting them transform our homeland into their "national home," launched a bloody campaign of terror both against the British and the Arabs. The Jewish militias targeted the British to speed up their departure from Palestine, and hit the Arabs to quell the rising resistance to Zionist colonization. Violence broke out in early 1947, after the British announced that they would leave Palestine by 15 May 1948. When the United Nations passed its partition resolution on 29 November 1947, the violence began to lurch into full-scale war.

Battir's 1,200 inhabitants were wracked by uncertainty. There were hopes that things would turn out all right, but fear dominated as the atmosphere became bleaker by the day.......

By the end of the summer, with life under the trees becoming unbearable, people started to disperse in every direction. Many joined refugee camps in the Jordan Valley. My mother, my younger sister and I went to Bethlehem where we joined my older brother who had previously been an officer in the Palestine police and had now joined the Jordanian army. In his tiny officer's apartment, as well as us, he ended up sheltering my eldest sister and her large family as well as his own. It was hard, but we were grateful. We stayed in Bethlehem until the summer of 1949 when the war was ended by the armistice agreement.

Battir lay right on the ceasefire line, and it was now physically divided by barbed wire. Unlike hundreds of thousands of other Palestinians forced out of their villages, we did return home. But there we faced a totally new situation.