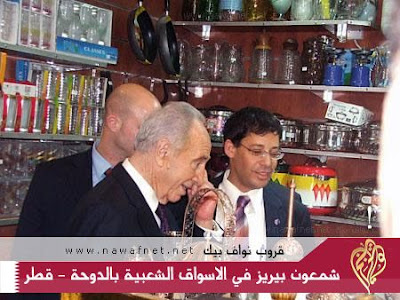 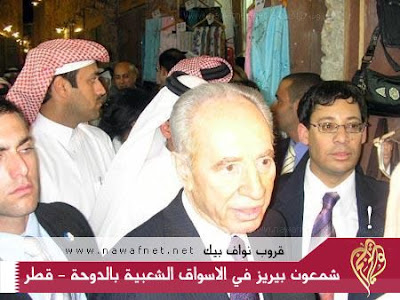 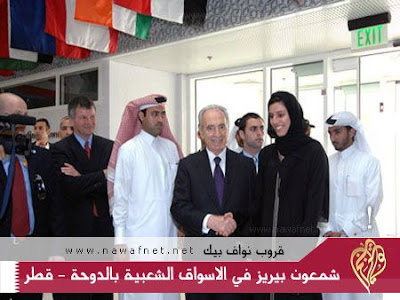 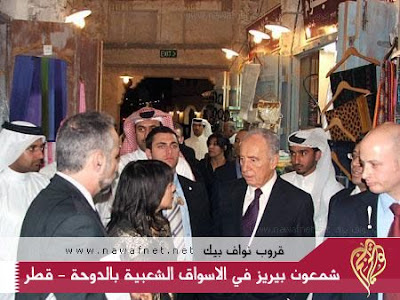 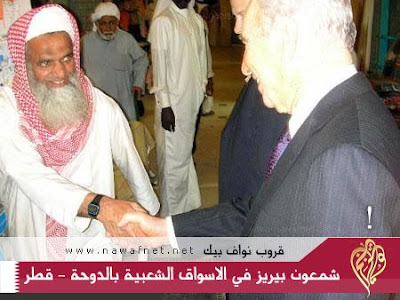 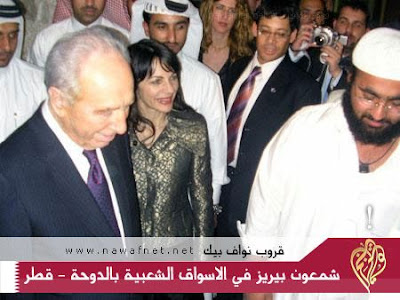 It was not just the Israeli foreign minister, the war criminal Zipi Livni, who visited Qatar recently and was the invited keynote speaker at the Doha debates. This while her bloody IOF is slaughtering entire Palestinian families, including small children and babies, daily.

No; another "distinguished" guest of "honor" was none other than the Israeli president Shimon Peres himself! Yet Al-Jazeera did not air any of these photos shown here, showing Peres mingling with the crowds in the local markets of Doha! Why is Al-Jazeera covering up?

It seems that Al-Jazeera has adopted a much friendlier mode of reporting towards the Ziofascist state, after Livni came to Al-Jazeera headquarters and read the riot act to the "fair and balanced" station. This article, contributed by Lucia, confirms the shift in coverage:

Livni meets with Al-Jazeera heads in Qatar to discuss coverage

"Foreign Minister Tzipi Livni met with the heads of the television network Al-Jazeera on Monday following the dispute in her office over the network's coverage of her visit to Qatar.

Livni wanted to reach an understanding with the network in order to avoid further conflict. The Foreign Ministry stopped cooperating with the network, popular among Arab viewers, under the claim that it was biased towards the Palestinians in its coverage of Israel. "

Shame on Al-Jazeera and shame on Qatar for such cowardice and total insensitivity to Palestinian blood and suffering.
Posted by Tony at 4:35 PM