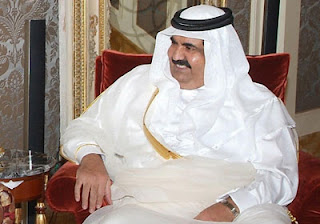 "Destitution and food insecurity among Gaza's 1.5 million residents has reached an unprecedentedly critical level, according to unpublished UN findings that they now need "urgent assistance" to avert a "serious food crisis" in the occupied Palestinian territories.

The report revealing that Gaza's population has already passed the internationally-agreed threshold at which it needs concerted measures to prevent a "deterioration in their nutrition" has been drafted on the eve of a donors' conference to discuss Palestinian political and economic prospects in London today.

Showing that Palestinians are having to spend a higher and higher share of their shrinking incomes on food, the findings are that the proportion of Gazan incomes now going on food is 66 per cent – significantly higher than the 61 per cent recorded for Somalia. Seventy per cent of Gazans are at a "deep poverty" income level of $1.20 (60p) per head per day or less......

The growing emergency comes on top of the devastation of Gaza's economy by the nine-month closure of crossings to commercial exports and imports, growing fuel shortages, and a warning by John Ging, UNWRA's director of operations in Gaza, to British MPs on Wednesday that it was on the point of an "explosion" which could lead to a repeat of a breakout from the territory.

In Jerusalem the WFP's Kirstie Campbell said the budget for the next two years of food distribution to the Palestinian territories would cost $50m more than planned.

The WFP has already cut a food aid programme to 130,000 farmers in Gaza designed to stop them selling land and other assets as a result of not being able to send out fruit, vegetable and flower exports because of the blockade.

Ms Campbell said last night: "At the moment we are less and less able to assist what is a growing need. Hunger today is widespread in Gaza on the ground and it will not be long before we face a growing problem of malnutrition in Gaza."......"
Posted by Tony at 4:28 AM