A deadly miscalculation in Lebanon 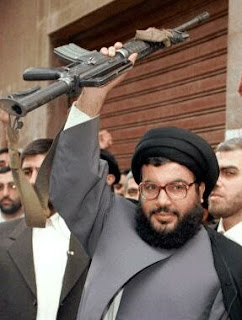 "As a test of strength, the Lebanese government and its Saudi Arabian backers received a bloody nose in the confrontation with Hezbollah in Beirut. The government woefully underestimated Hezbollah's reaction to having its communications - spy - system interfered with. And the Iranian-backed Hezbollah, with its convincing display of military superiority, made another clear statement: leave our arms alone......

That sums it up. Nasrallah will not allow anybody to touch the arms of Hezbollah and is willing to fight to maintain his status, and that of his party, in the Arab-Israeli conflict. His supporters argue that as a pragmatic leader, and a cunning statesman who excels in psychological warfare, he does not want to rule Beirut.

He is neither interested nor politically able (although it would be easy, in military terms). He realizes that the confessional system of Lebanon is too complicated for such a task, and said it bluntly last Wednesday, "If they told us to come take over, we would say 'no thank you'."

Had he wanted a real coup, he would not have transferred control to the Lebanese army, nor would he have laid down his arms in Beirut. He would have invaded and stormed the homes of Jumblatt and Hariri and arrested both of them, along with Siniora, and set up a new government, to his liking, and to that of Iran. But that is an illogical scenario that would never pass.

What he did last week in Beirut was show his power - flex his muscles - and tell the world, "I am still here. Still in control and still powerful - or as some would say, king - in Lebanese politics."
It was a rude wake-up call to all those who imagined he would never go this far to bring his message to the region and the international community. "
Posted by Tony at 6:26 AM