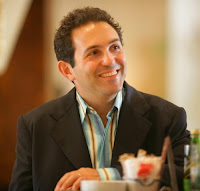 By Saree Makdisi
(professor of English and comparative literature at UCLA and the author of "Palestine Inside Out: An Everyday Occupation")
May 11, 2008

"There is no longer a two-state solution to the Israeli-Palestinian conflict. Forget the endless arguments about who offered what and who spurned whom and whether the Oslo peace process died when Yasser Arafat walked away from the bargaining table or whether it was Ariel Sharon's stroll through the Al Aqsa Mosque in Jerusalem that did it in.

All that matters are the facts on the ground, of which the most important is that -- after four decades of intensive Jewish settlement in the Palestinian territories it occupied during the 1967 war -- Israel has irreversibly cemented its grip on the land on which a Palestinian state might have been created......

Most Israelis are not yet reconciled this position. Some, no doubt, are reluctant to give up on the idea of a "Jewish state," to acknowledge the reality that Israel has never been exclusively Jewish, and that, from the start, the idea of privileging members of one group over all other citizens has been fundamentally undemocratic and unfair.

Yet that is exactly what Israel does. Even among its citizens, Israeli law grants rights to Jews that it denies to non-Jews. By no stretch of the imagination is Israel a genuine democracy: It is an ethno-religiously exclusive state that has tried to defy the multicultural history of the land on which it was founded.

To resolve the conflict with the Palestinians, Israeli Jews will have to relinquish their exclusive privileges and acknowledge the right of return of Palestinians expelled from their homes. What they would get in return is the ability to live securely and to prosper with -- rather than continuing to battle against -- the Palestinians.

They may not have a choice. As Olmert himself warned recently, more Palestinians are shifting their struggle from one for an independent state to a South African-style struggle that demands equal rights for all citizens, irrespective of religion, in a single state. "That is, of course," he noted, "a much cleaner struggle, a much more popular struggle -- and ultimately a much more powerful one."