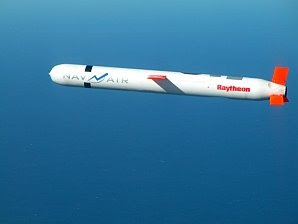 U.S. war plans targeting Iran are all about "protecting" Israel

" It looks like the War Party is victorious, at least according to Philip Giraldi [This was posted Here on Palestinian Pundit] writing on The American Conservative blog:

"There is considerable speculation and buzz in Washington today suggesting that the National Security Council has agreed in principle to proceed with plans to attack an Iranian al-Quds-run camp that is believed to be training Iraqi militants. The camp that will be targeted is one of several located near Tehran. Secretary of Defense Robert Gates was the only senior official urging delay in taking any offensive action."........

Of course, the reason could be because it's not true, but my sources are telling me that this isn't just "speculation and buzz" – it's for real. War is imminent. The markets sense it, too, which is why the price of oil keeps climbing to record levels.

"The White House contacted the Iranian government directly yesterday through a channel provided by the leadership of the Kurdish region in Iraq, which has traditionally had close ties to Tehran. The U.S. demanded that Iran admit that it has been interfering in Iraq and also commit itself to taking steps to end the support of various militant groups. There was also a warning about interfering in Lebanon. The Iranian government reportedly responded quickly, restating its position that it would not discuss the matter until the U.S. ceases its own meddling employing Iranian dissident groups. The perceived Iranian intransigence coupled with the Lebanese situation convinced the White House that some sort of unambiguous signal has to be sent to the Iranian leadership, presumably in the form of cruise missiles."

A decision to go to war, sub rosa back-and-forth between Washington and Tehran using the Kurds (probably the Patriotic Union of Kurdistan, which has close ties to Iran) as intermediaries, missile strikes near Tehran, the dissent of Robert Gates: all of this is very big news. Yet not a word is reaching the general public........."
Posted by Tony at 4:46 AM