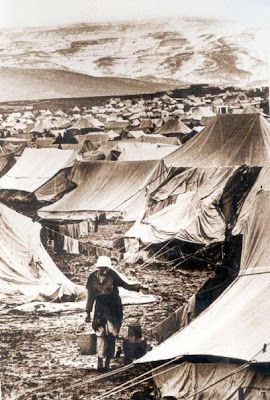 "Mahmoud_Darwishwas born in 1941 in the village of Birwe, in Upper Galilee. Birwe was destroyed in 1948 after its inhabitants were made to flee the village. The extract which follows is taken from a memoir Darwish wrote during the 1982 Israeli invasion of Lebanon. In it, he remembers his first encounter with Beirut in 1948, before his family stole back into what has since become Israel, where Darwish remained until 1972 ......"
Posted by Tony at 6:00 AM