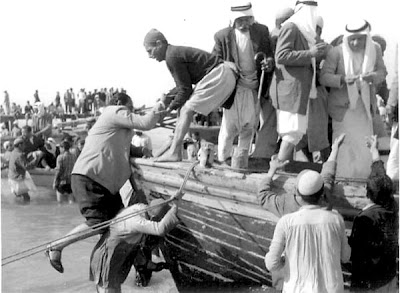 In the face of the most sustained assault on the collective memory of a people in recent history, the Palestinians still remember who they are

"......Since its foundation Israel has laboured to undermine any sense of Palestinian identity. Without most of their historic land the relationship between Palestinians and Palestine could only exist in memory. Eventually, though, memory managed to morph into a collective identity that has proved more durable than physical existence on the land. "It is a testimony to the tenacity of Palestinians that they have kept alive a sense of nationhood in the face of so much adversity. Yet the obstacles to sustaining their cohesiveness as a people are today greater than ever," reported the Economist (8 May 2008).

Living in so many disconnected areas, removed from their land, detached from one another, Palestinians have not just been oppressed physically by Israel, but physiologically as well. There are attempts from all directions to force them to simply concede, forget and move on. It is the Palestinian people's rejection of such notions that makes Israel's victory and "independence" superficial and unconvincing.

Sixty years after their catastrophe (Nakba), Palestinians still remember their past and present injustices. But more than mere remembrance is necessary; Palestinians need to find a common ground for unity -- Christians and Muslims, poor and rich, secularist and religious -- in order to stop Israel from eagerly exploiting their own disunity, factionalism and political tribalism. Yet despite Israel's hopes and best efforts Palestinians have not yet forgotten who they are. No amount of denial can change that. "
Posted by Tony at 5:11 AM