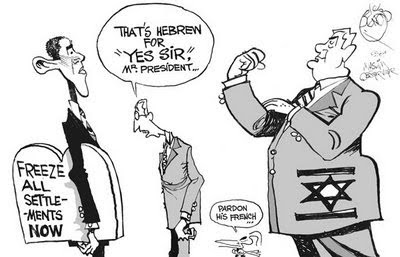 "It did not take the Israel Lobby long to make mincemeat out of the Obama administration’s "no new settlements" position. Israeli prime minister Netanyahu is bragging about Israel’s latest victory over the US government as Israel continues to build illegal settlements on occupied Palestinian land.....