Slaughterhouse Unto the Nations 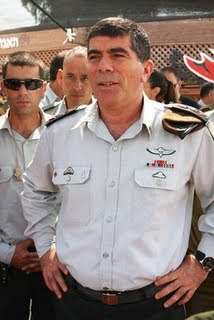 "There seems to be a perfect conformity between Gabi Ashkenazi and his last name. The Israeli chief of staff is considered one of the main Israeli war criminals responsible for the virtual genocide against the Gaza Strip during the past winter. On his murderous hands, he carries tons of innocent blood, including that of more than 340 children, killed in Israel’s pornographic bombing of civilian neighborhood.

Last week, Ashkenazi was quoted as saying that Israel was likely to wage another quasi holocaust on Gaza, adding that the Israeli occupation army would enter the innermost corners and streets of the coastal territory......"
Posted by Tony at 6:45 AM