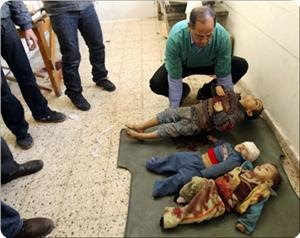 Hundreds of children were killed in Israel's war on Gaza earlier this year.

"OCCUPIED JERUSALEM – A Jewish rabbi has issued a book giving Jews permission to murder non-Jews, including babies and children, who may pose an actual or potential threat to Jews or Israel. "It is permissible to kill the Righteous among non-Jews even if they are not responsible for the threatening situation," Rabbi Yitzhak Shapiro, who heads the Od Yosef Chai Yeshiva in the Yitzhar settlement in the occupied West Bank, wrote in his book "The King's Torah."

He argues that goyem (a derogatory epithet for non-Jews) may be killed if they threaten Israel.

"If we kill a Gentile who has sinned or has violated one of the seven commandments - because we care about the commandments - there is nothing wrong with the murder." 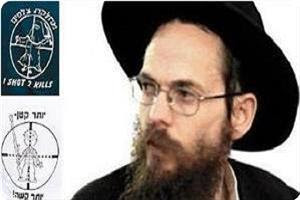 Shapiro, who heads a small Talmudic school at the settlement of Yitzhar near Nablus, claims his edict "is fully justified by the Torah and the Talmud."....."
Posted by Tony at 4:24 AM