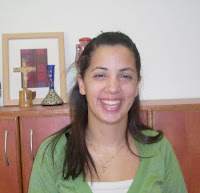 "Twenty-one-year-old Palestinian student Berlanty Azzam was seized by Israeli soldiers at a checkpoint in the West Bank last month. Bound and blindfolded, she was forcibly deported to the Gaza Strip. Berlanty was in her final semester at Bethlehem University in the West Bank, and was returning from a job interview in Ramallah.
The problem was that she had an ID card registered in Gaza, and the Israeli occupation, in the words of the human rights organisation, B'tselem, "almost completely forbids the movement of Palestinians between the West Bank and the Gaza Strip"........
Israel's efforts to sever links between Gaza and the West Bank are also being replicated in the West Bank itself, with the fragmenting of Palestinian territory there. Restrictions on access based on residency location have been used, for example, in the Jordan Valley.......
There is, therefore, a strategic continuity between Sharon's aim with the disengagement to "kill the possibility of a negotiated peace" in exchange for imposing an "emasculated and semi-autonomous Palestinian homeland" on Israel's terms, and the Binyamin Netanyahu/Lieberman vision of an "economic peace".
Severing ties between Gaza and the West Bank is part of a deliberate fragmentation policy that not only defies international law and human rights, but is also designed to render genuine Palestinian independence and self-determination impossible."
Posted by Tony at 3:19 AM