All hail the decider-in-chief 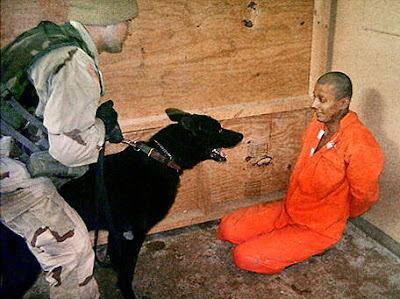 "Those on a metaphysical quest to explain former US president George W Bush's decisions to follow the September 11, 2001, attacks with an invasion of Iraq and authorize Spanish Inquisition-era torture techniques are unlikely to find answers in Decision Points. All the memoir proves is that "if you tell a lie big enough and keep repeating it, people eventually come to believe it".....

So yes, doublespeak is indeed the law of the land. War is peace. Truth is lies. Invasion is liberation. Resistance is insurgency. Cluelessness is decision. And the boy emperor is not where some believe he belongs - the International War Crimes Tribunal at The Hague."
Posted by Tony at 6:45 AM