A Recipe For Fascism 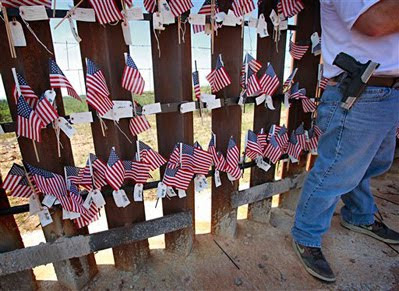 "American politics, as the midterm elections demonstrated, have descended into the irrational. On one side stands a corrupt liberal class, bereft of ideas and unable to respond coherently to the collapse of the global economy, the dismantling of our manufacturing sector and the deadly assault on the ecosystem. On the other side stands a mass of increasingly bitter people whose alienation, desperation and rage fuel emotionally driven and incoherent political agendas. It is a recipe for fascism.....
We believe, like the Spaniards in the 16th century who pillaged Latin America for gold and silver, that money, usually the product of making and trading goods, is real. The Spanish empire, once the money ran out and it no longer produced anything worth buying, went up in smoke. Today’s use in the United States of some $12 trillion in government funds to refinance our class of speculators is a similar form of self-deception. Money markets are still treated, despite the collapse of the global economy, as a legitimate source of trade and wealth creation. The destructive power of financial bubbles, as well as the danger of an unchecked elite, was discovered in ancient Athens and detailed more than a century ago in Emile Zola’s novel “Money.” But we seem determined to find out this self-destructive force for ourselves. And when the second collapse comes, as come it must, we will revisit wrenching economic and political tragedies forgotten in the mists of history. "
Posted by Tony at 6:28 AM