The Oslo Virus and the Struggle for Bantustans 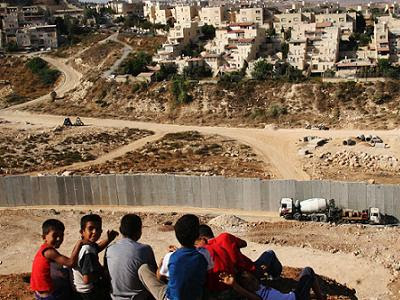 "In 'The Music of the Violin,' a short story by South African writer Njabulo Ndebele, one of the characters comments on the 'concessions' made by the apartheid regime to the indigenous people: "That's how it is planned. That we be given a little of everything, and so prize the little we have that we forget about freedom."

This is what the endless “peace process” looks like seen from Gaza, where we live under a four-year-old Israeli siege. We pass the time struggling to survive, wondering if this is the day an air strike will take away our life, our loved ones or our home.

I spent six years in Johannesburg, where I got my PhD. That time makes me very aware of the similarities between Israel and the apartheid regime in South Africa. I was inspired by how the world responded to apartheid in South Africa, particularly the United States considering that it was still dealing with its own history of racial discrimination and treatment of the indigenous population.

And I am disheartened by the lack of similar outrage toward Israeli policies.....

The Oslo virus has reduced the Palestinian struggle for liberation to a struggle for Bantustans. The concept of statehood is being fetishized at the expense of true liberation and justice. This is not what the Palestinian people aspire to, the majority of whom are refugees guaranteed the right of return under international law.

In Ndebele’s story, a black revolutionary intellectual says that "[he'd] rather be a hungry dog that runs freely in the streets, than a fat, chained dog burdened with itself and the weight of the chain." There was no potential for coexistence with apartheid in South Africa. Americans, Europeans, Palestinians and Israelis must accept no less in Israel-Palestine."
Posted by Tony at 4:30 AM